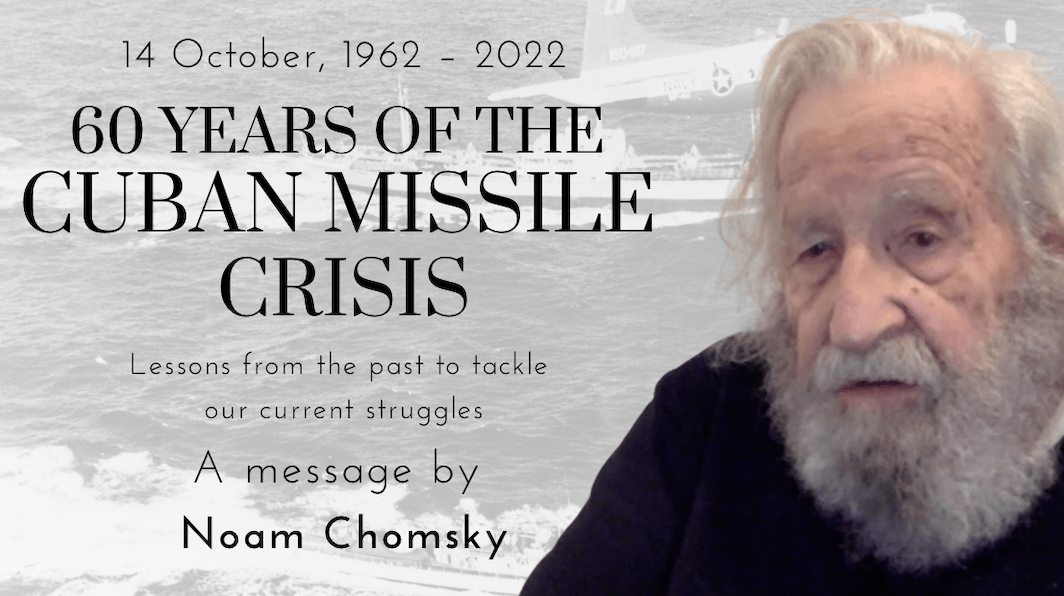 Sixty years ago, the world experienced a direct and dangerous confrontation between the United States and the Soviet Union, when the two superpowers came closest to a nuclear conflict in the midst of the Cold War. The leaders from both countries engaged in a tense, 13-day political and military standoff in October 1962 over the installation of nuclear-armed Soviet missiles on Cuba, just 90 miles from U.S. shores.

Sixty years later, the world finds itself living a confrontation that flirts and mentions the threats of nuclear armament. These past months we came close to seeing how mistakes from the past still reverberate, and that on present days we need more than ever a look back to understand the seriousness of even considering the use of such weapons.

In this message, Noam Chomsky enlightens us with his experience tracing a parallel between present struggles and the Cuban Missile Crisis, highlighting different and common characteristics, and pointing out aspects that can guide us through the resolution of such conflicts in current times.