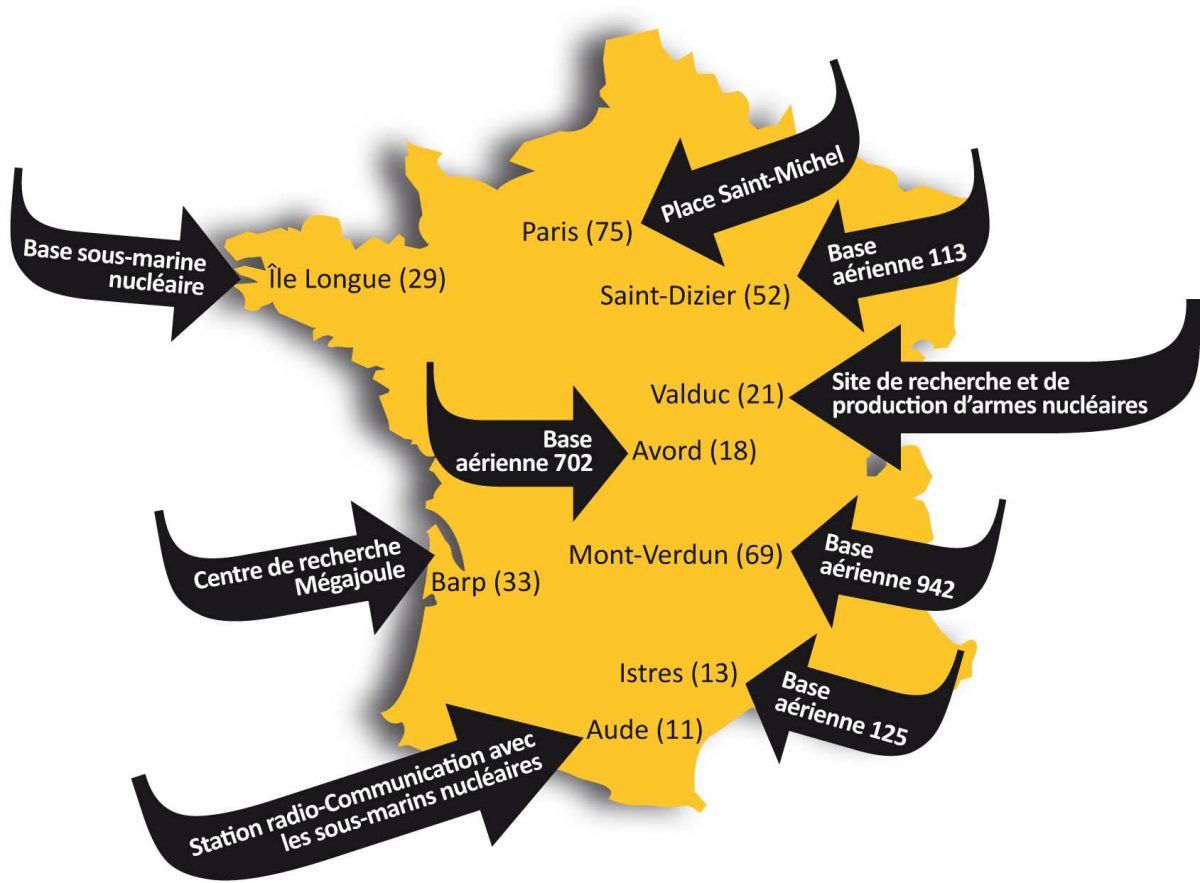 The event in October was especially aimed to protest the intention of France to modernize and update their sea and air-based nuclear arsenal under the Military Programming Law passed in December 2013. According to a study[1] 76 per cent of the French demand that France is ratifying the proliferation treaty. Unfortunately, not many of France´s citizen are fully aware of the extent of France´s nuclear arsenal. Therefore, a much-needed event to raise awareness was needed. Nine marches and various demonstrations were organised at the “scenes of crime”, aka where these inconceivable politics are decided upon (Ministry of defence, think tanks and military bases). 150 organisations participated in the « marche pour la Paix » to which statements from the mayors of Hiroshima and Nagasaki, who are the presidents of the “Mayors for Peace”, as well as IPB´s statement were read aloud.

The next events will directly address and contact parliamentarians who decide about the defence budget.