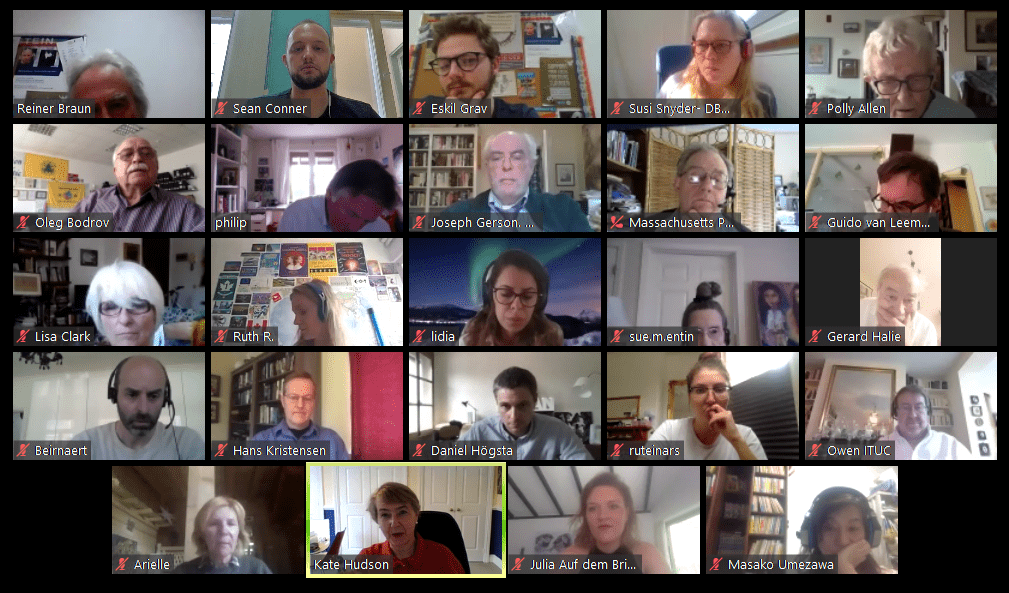 The first, entitled “The Opportunity Costs of Military Spending: How and Why it’s Time to Rethink our Priorities” was directed toward students and young professionals and organized as an active discussion and brainstorming session. Details on military spending in 12 countries were presented to participants who were then tasked with thinking up solutions that could be taken by individuals and groups to combat the continued growth of military spending at the cost of social budgets.

The second, entitled “Challenging Nuclear Weapons in Europe” was originally designed as a side event to the NPT Review Conference in New York, but moved online due to Covid-19. It featured a range of global experts on nuclear weapons and energy, including: