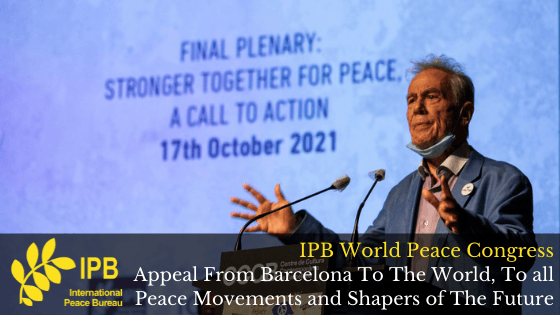 14,000 nuclear weapons threaten humanities existence and with heightening tensions between big powers, the danger of their actual use is increasing, while $2 trillion in weapons spending kills each day. With their massive daily death toll, small arms are weapons of mass destruction.

Download the pdf version of the declaration in English and French.