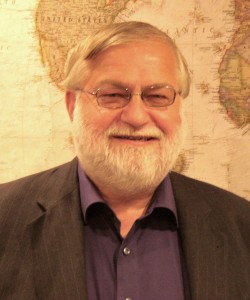 Etienne De Jonghe was the secretary-general of Pax Christi International for almost 30 years (1978-2007) and currently serves his second term as board member of the IPB. He has engaged in bridgebuilding with various faith communities, including the Catholic Church and the Russian Orthodox Church.