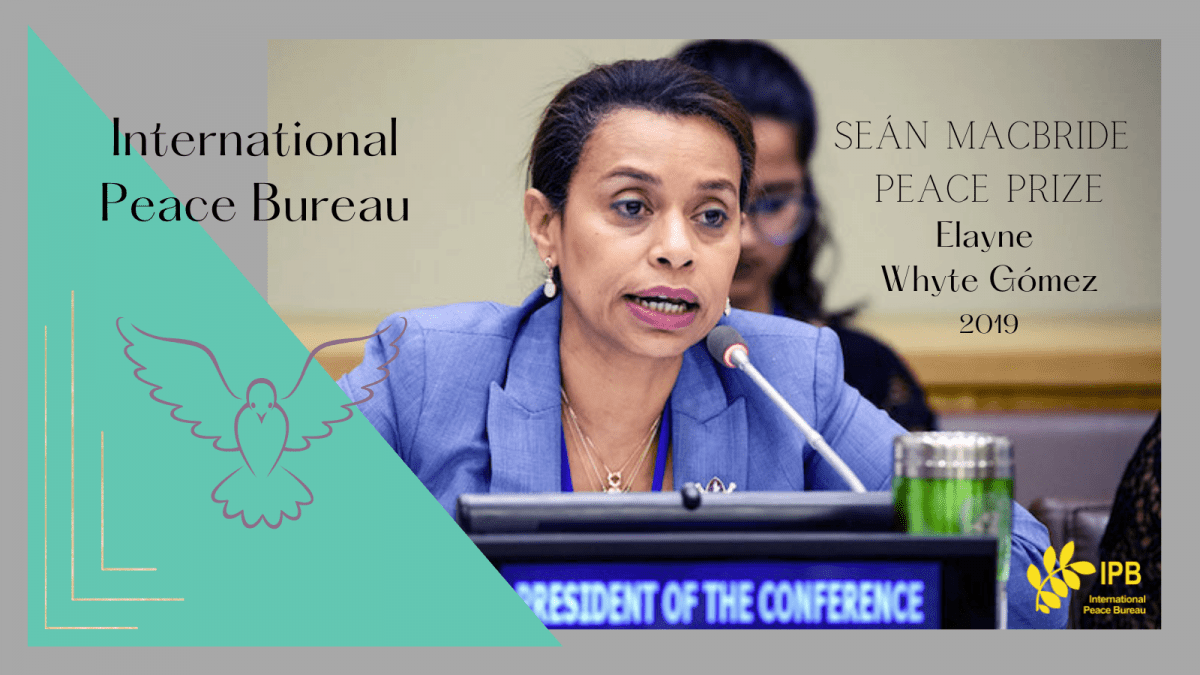 In 2017, the United Nations General Assembly convened a conference to negotiate a treaty to comprehensively ban nuclear weapons. By design, the negotiations was able to bring together Member States and civil society representatives to work collaboratively toward a shared goal, creating an  unprecedented strong coalition that cross-cut diplomatic boundaries and seemingly erased historical political fissures. The success of the negotiations can be largely attributed to the President of the Conference, Ambassador Elayne Whyte Gómez, Permanent Representative of Costa Rica to the United Nations Office in Geneva, and who was the key architect in the Conference’s design. The treaty was immediately adopted by the Conference on July 7 the same year and entered into force on October 24, 2020 when Honduras became the 50th State to ratify.

To recognize Ms Whyte Gómez’s achievement, her distinctive ability to mobilize actors across diplomatic domains, and immense political will she brought to the task, she was awarded the Seán MacBride Peace Prize in 2019.

The International Peace Bureau is excited to invite you all to the award ceremony for Ms Whyte Gómez, delayed due to the pandemic. The ceremony will be held at the United Nations, New York amidst the NPT Review Conference, on Thursday August 4, 2022 from 4pm – 6pm eastern time. A light reception will be held for guests following the ceremony. The room has a capacity of approx. 80 people, therefore entrance will be permitted on a first come, first serve basis.

Featured speakers include Alexander Kmennt of the Austrian Foreign Ministry, Beatrice Fihn of ICAN (video), Lisa Clark and Joseph Gerson of IPB and Mr Kunihiko Sakuma, Chairperson of Hiroshima Hidankyo. There will also be a virtual musical performance by the Istgah Orchestra, an Iranian musical group based out of Tehran.

For guests unable to attend in person, the ceremony will be delivered in hybrid format using Zoom.