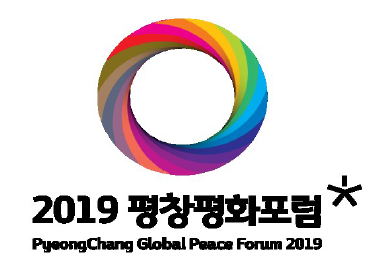 When the athletes from South and North Korea marched together at the Parade of Nations, under the Unification Flag, the world breathed a sigh of relief. A spectacular peace action, sending an unmistakable message from the people of this peninsula to their leaders and to the world. The reconciliation atmosphere created by this gesture was made possible by the citizen-led Candlelight nonviolent Revolution and the establishment of democratic government in South Korea in 2017. It was followed by a whole series of positive developments in inter-Korean dialogue throughout 2018, including the Panmunjom meeting of the two Korean leaders, in April, symbolically crossing the “border”, with President Moon and Chairman Kim holding each other’s hand, and agreeing on working together towards a nuclear-weapon-free Korean Peninsula. Internationally, this paved the way for the first US-DPRK summit in Singapore in June and the second, in Hanoi, last February 27.

No doubt, however, that all this developed out of the action of the social movements that launched the Candlelight Revolution.

A Korean Steering Committee of civil society organizations and local government institutions decided to keep this momentum alive by organizing a Global Peace Forum on the first anniversary, 9 – 11 February 2019, of those “Unification” Games in PyeongChang, the ski resort that hosted the Winter Olympics. And the Steering Committee felt that the “PyeongChang Peace Spirit” could inspire not only action plans for peace in the Korean Peninsula, but all over the world, on the 20th anniversary of The Hague Peace Agenda. The Secretary General of The Hague Peace Conference, William Pace, and the President of The Hague Appeal for Peace, Cora Weiss, contributed to the planning and organization.

The programme that the Steering Committee drew up was very ambitious! A three-day Forum with about one hundred international participants and many more Koreans from a wide variety of civil society organizations. One of the ideas was to find the common ground for international NGOs working towards the SDGs and nonviolent peace and disarmament organizations, as well as moving forward the legacy of the PyeongChang Peace Spirit, while drafting all together a new Peace Agenda, 20 years after The Hague: the PyeongChang Peace Agenda. And to do this through plenary sessions and dozens of workshops and seminars on a wide variety of subjects.

The International Peace Bureau was present in the international drafting committee, through Co-President Lisa Clark and Vice-President Corazon Fabros. Cora was one of the 8 internationals who introduced the major issues to be addressed by forum, speaking in the first session; while Lisa was one of the keynote speakers in the Opening Session. They took part in a number of workshop-style meetings: on the North-East Asia Nuclear-weapon-free zone, on the Korean Peace Process, on the implementation of disarmament treaties, on military bases, on the role of local governments (Lisa also spoke on behalf of Mayors for Peace), on the UN Secretary General’s Disarmament Agenda, on the right to peace. And they worked, in collaboration with many others, on the drafting of the Peace Agenda and of a Resolution for Sustaining the Peace Process in the Korean Peninsula and North-East Asia. Lisa and Cora ensured that our GCOMS, and the 2019 Global Days of Action on Military Spending from 13 April to 9 May became one of the points of the common Action Plan!

Download the final resolution of the PyeongChang Global Peace Forum

Watch the video of the Opening Session