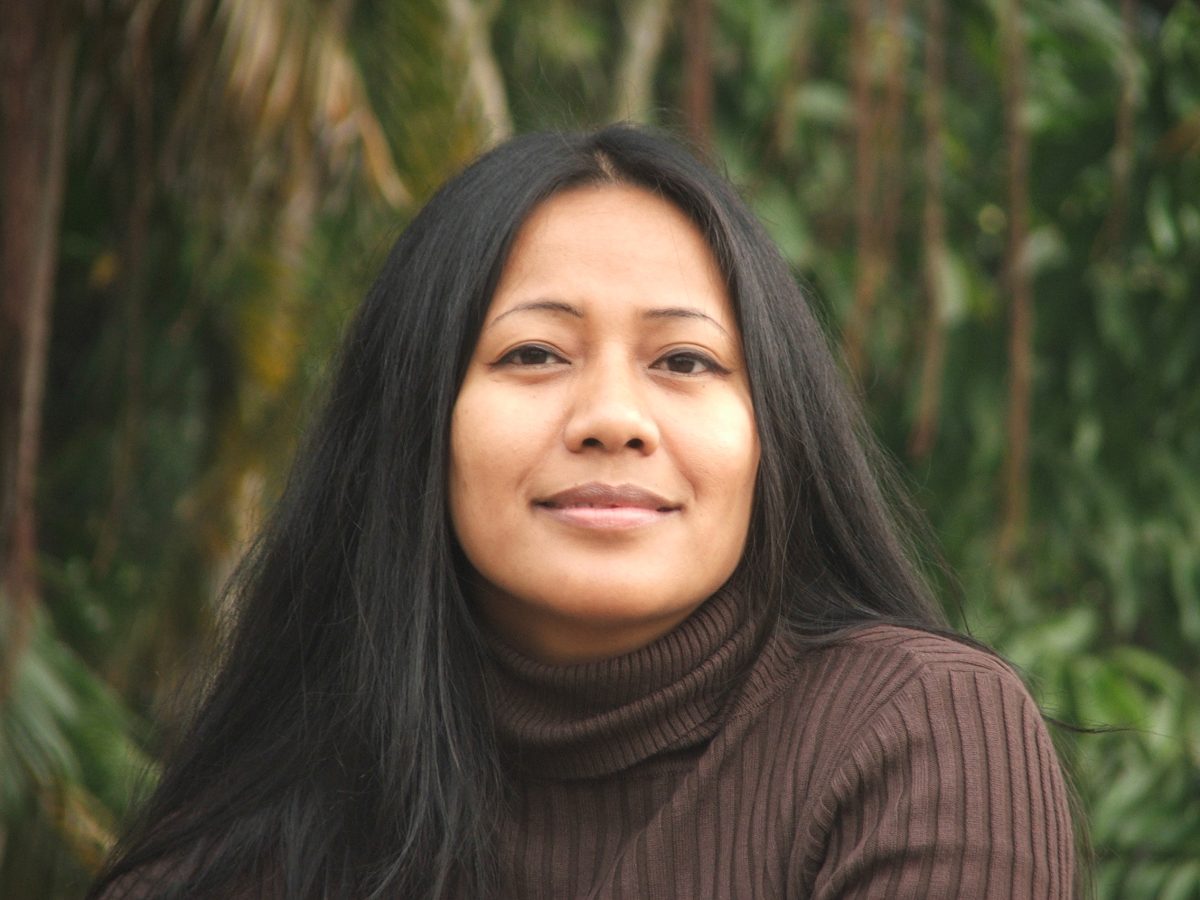 Binalakshmi “Bina” Nepram born in Manipur Nation currently located in India’s Northeast region next to Myanmar is an indigenous scholar, published author and civil rights activist spearheading work on making women-led peace, and disarmament meaningful to our lives. She is an author of five books, her two most recent being “Where are our Women in Decision Making on UNSCR 1325” (2016) & “Deepening Democracy, Diversity, Racial and Gender Violence in India” (2019).

In 2004, Bina co-founded India’s first civil society organization for conventional disarmament issues, Control Arms Foundation of India. In 2007, Binalakshmi to help over 20,000 women widowed in Manipur due to the armed conflict, Bina launched the Manipur Women Gun Survivor Network. Bina has represented Indian civil society in many peace and disarmament meetings of the United Nations in both Geneva and New York. In 2019, Bina launched the Global Alliance of Indigenous Peoples, Gender Justice and Peace.

Bina is a recipient of Ashoka Fellowship (2010), Dalai Lama Foundation’s WISCOMP Scholar of Peace Award (2008), the Sean MacBride Peace Prize (2010), and the CNN IBN Real Heroes Award (2011), “Women Have Wings” Award from the USA in 2016, Telegraph Newspaper Excellence Awards 2017. Forbes (India) listed Binalakshmi in 24 “Young Minds of India that Matter”. Bina was named in October 2018 along with the 2015 Nobel Literature Laureate from Belarus, Svetlana Alexievich as the winner of Anna Politskovaya Award 2018. Bina was awarded recently with the “International Humanity Award” by Northeast India Biographers Forum in 2019.

Bina joined Columbia University, New York City in August 2017 as a Visiting Scholar at the Institute for the Study of Human Rights and in 2018 she moved to join Connecticut College’s Gender and Women Studies Department & Centre for International Studies and Liberal Arts CISLA as IIE-SRF Scholar-In-Residence. Bina is also currently a fellow of New University in Exile Consortium and lectured widely in several universities in India as well as in the United States including Harvard, Yale, Columbia, Amherst, Duke, Georgetown Law, New School for Social Research, Swarthmore amongst many.

You can follow Bina’s work on twitter @BinaNepram where she has half a million followers. To learn more of her work, have a look on her website www.binalakshminepram.com