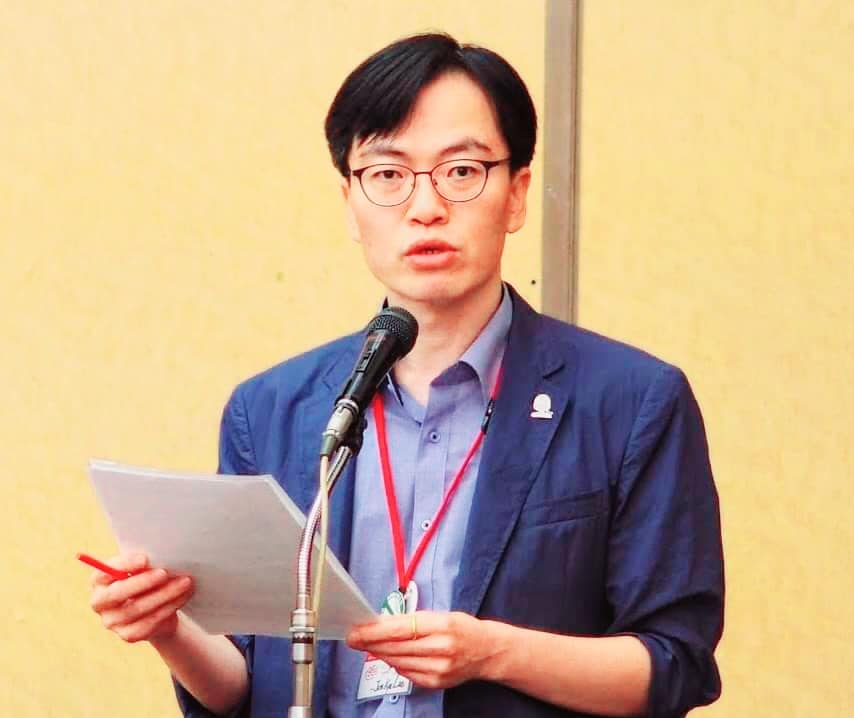 Prior to this, he has served as a research fellow, adviser, and policy planner at South Korean NGOs such as the Center for Peace Research of KYOREH HANA, Peace Network and so on. From 2008 to 2009, he was a researcher at the Institute for International Studies, Meijigakuin University, Japan.

Since 2003, he has been working as coordinator and policy planner for Korea-Japan Civil Solidarity toward anti-nuclear, disarmament, and peace. Also, he has actively been involved in policy development for progressive political parties, such as the Democratic Labor Party, New Progressive Party, and Green Party, originating from South Korea. To date, he has written numerous columns and articles pertaining to nuclear-related issues, inter-Korean relations, and international politics for Internet media, current affairs magazines, and journals including PRESSIAN, Ohmynews, Redian, and HANKYOREH21.

In recent years he organized and coordinated South Korean delegations for the Hiroshima & Nagasaki World Conference against A-H Bombs. Most recently he organized the International Forum for No Nukes and Peace in Seoul participated in by 20 civil associations from South Korea and Japan in May 2019.