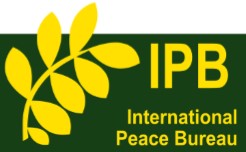 With weapons, training, technological and diplomatic support from the United States and European nations, Saudi Arabia has inflicted massive destruction, famine and a deadly cholera epidemic on the people of Yemen, We call on Saudi Arabia stop its bombing, for an end to all foreign interventions and support to the warring parties, for a return to diplomacy, and for international support to end the famine and to respond to the cholera epidemic. The latest developments of the Yemeni civil war underline the need of an immediately ceasefire in the country.

The Saudi Arabian pilots destroying Yemen have been trained by the U.S. They are using U.S.-made jet bombers re-fueled in mid-air by the U.S. military. They attack with weapons manufactured in the United Sates and Europe. The U.S. provides the Saudi bombing campaign with logistical support, intelligence sharing and targeting. Meanwhile the U.S. and European governments shield the Saudi war diplomatically. In short, this war could not have been launched and executed without direct support from the U.S. and European governments.

United Nations officials have appealed to the world that unless emergency food assistance can be delivered to the civilian population, Yemen will face “the largest famine the world has seen for many decades, with millions of victims”. The latest estimate of Yemeni cholera victims is 500,000 to 900,000, with more than 3,000 already dead. This cholera outbreak is worse than any the world has witnessed in the last 50 years.  And, over the course of the war, thousands of Yemenis have been killed.

While all parties to the war share blame, the Saudis, supported by the United States and a number of European nations are the primary cause of this suffering. The bombing of roads, hospitals, bridges, water & sewage facilities combined with an on-again, off-again naval and air blockade prevent large scale U.N. assistance from reaching war victims has led to this cholera epidemic, mass starvation and killing.

The Yemen War is, at its roots, a conflict among Yemenis, which has been massively compounded by the Saudi Arabia, its allies, and to a lesser extent by Iran. The Houthis, who now control the Yemini government and who are the target of Saudi Arabia’s brutal military intervention are not affiliated with Al Qaeda. Iranian arms that have reached Yemen were a response to the Saudi air assault and strangulation, not their cause. Iran is not bombing civilians. In fact, most weapons the Houthis received came from the United States: weapons supplied to Yemen’s previous government.

IPB calls for a ceasefire, ending all impediments to rapidly bringing food and medical aid to the millions on the verge of death, and finally a diplomatic solution to end the Yemeni civil war in ways that recognize the aspirations of all parts of Yemen society and that are based on Yemeni self-determination.

We call on Saudi Arabia, Iran, the U.S. and European governments to end all military and diplomatic support for the war in Yemen. We support the declaration of the European Union Parliament for an embargo of Saudi Arabia.

We call for an immediate suspension of all U.S. military arms sales to the Saudi Arabia.