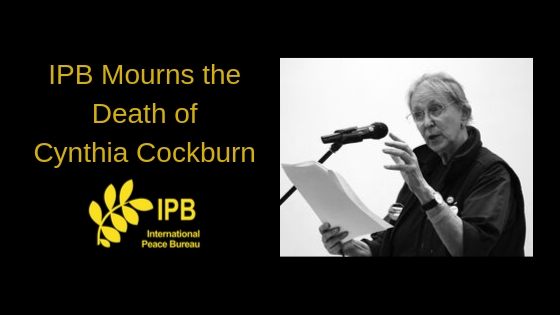 With great sadness that we should mention that Cynthia Cockburn, an outstanding scholar of peace and conflict studies, has passed away last week.

Cynthia Cockburn was a British academic, feminist, and peace activist. She was a researcher, writer and photographer who has contributed to the study of masculinity, labour processes and trade unionism, and more recently of gender, war and peace-making. She was an active antimilitarist and has long been involved in a number of peace and anti-war organisations. Cynthia was involved in the European Forum of Socialist Feminists and Women Against Fundamentalism, and has long been active in the international network and London local group of Women in Black against War.