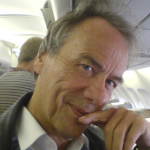 Reiner Braun studied German Literature, History and Journalism.
Since 1982, he has been actively involved in the Peace Movement, working in the office of the “Krefelder Appeal” against new nuclear weapons in Europe. He was the Executive Director for Scientists for Peace and Sustainability for several years starting in 1983 (Germany).

Reiner has also worked with the International Network of Engineers and Scientists for Global Responsibility (INES) beginning in the 1990s.

Since 2004 Reiner Braun has been working for various projects related to the Einstein year at the Max Planck Institute for the History of Science in Berlin and for the Max Planck Society. From 2006 until 2017  he was the Executive Director of  IALANA Germany, as well as the international IALANA.

He worked from 2006 until 2012 also as Executive Director for the Vereinigung Deutscher Wissenschaftler (VDW), the German Pugwash group.

Reiner was the Co-President of IPB from 2013-2019. He was one of the main organizers of the IPB World Congress September/October 2016 “Disarm for a climate of peace.”

For many years he has been one of the speakers of the German peace movement, including being engaged in the campaign against the US Airbase in Ramstein and against NATO.

He is author of several books, including “Einstein and Peace” and a biography about the Peace Nobel Laureate Joseph Rotblat.

He has been a speaker at many peace events. His main subjects are