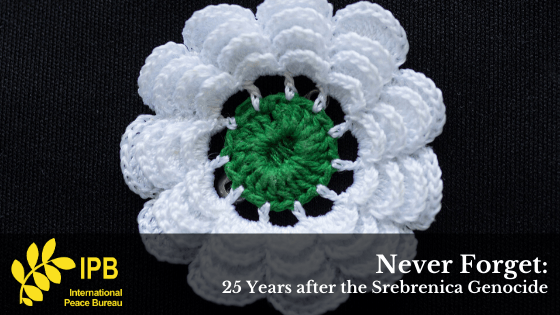 Twenty-five years ago, more than 8,000 men and boys were separated from their families and brutally executed. Many more tried to flee through the woods, but were eventually captured and murdered by the Bosnian Serb forces. In an effort to conceal the crimes that they committed, following the signing of the Dayton Peace Agreement, they relocated the bodies from the sites of mass execution and buried them in a series of mass graves.

We remember and honour the victims and we will continue to remember them. We also express our solidarity with the survivors, those who lost their family members and those who are still searching for the remains of more than 1,000 victims.

The “never again” after Srebrenica must start with the preservation of the memory and rejection of denial. We pledge to never forget!