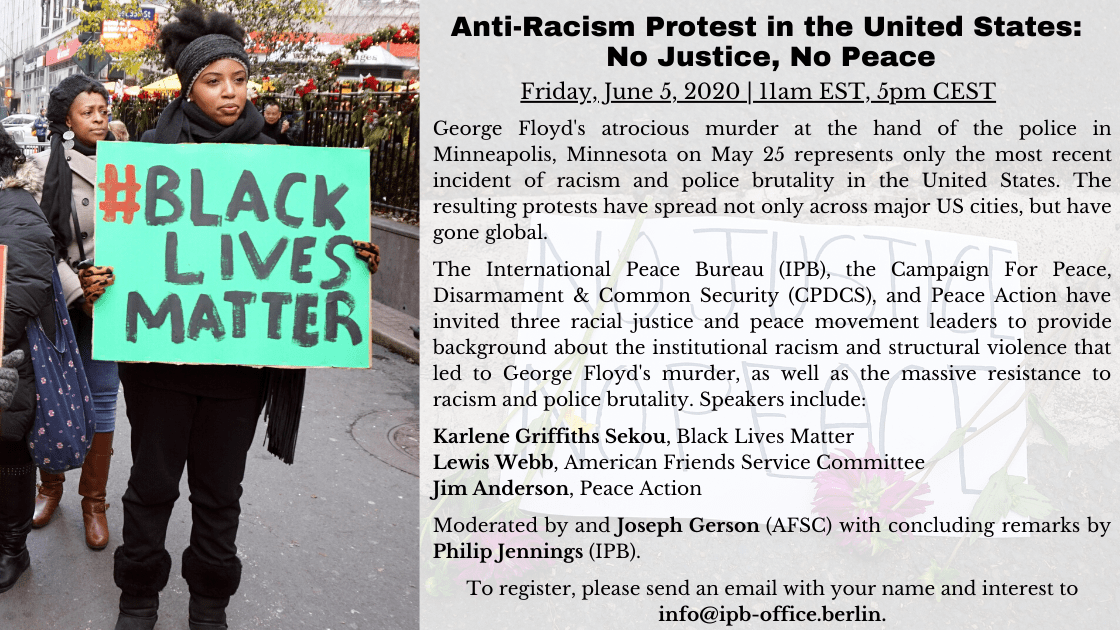 George Floyd’s atrocious murder at the hand of the police in Minneapolis, Minnesota on May 25 represents only the most recent incident of racism and police brutality in the United States. The resulting protests have spread not only across major US cities, but have gone global.

The International Peace Bureau (IPB), the Campaign For Peace, Disarmament & Common Security (CPDCS), and Peace Action invited three racial justice and peace movement leaders to provide background about the institutional racism and structural violence that led to George Floyd’s murder, as well as the massive resistance to racism and police brutality. The webinar was attended by more than 120 participants and viewers of the live stream.