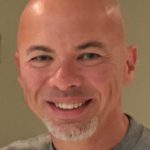 He is currently the National Director of Policy and Advocacy of the Canadian Health Coalition, an accomplished policy and research strategist, published author, and award-winning peace and social justice advocate with over 25 years of experience in community organizations and the labour movement.

He is the founder of the Rideau Institute, a non-profit, independent research, advocacy and consulting group based in Ottawa. It specializes in defence and foreign affairs policy. It’s public engagement and advocacy arm is Ceasefire.ca. He is also serving his third consecutive term on the Members’ Council of the Canadian Centre for Policy Alternatives. In 2018, he was elected to the Board of Directors of the Council of Canadians, the country’s largest social justice organization.