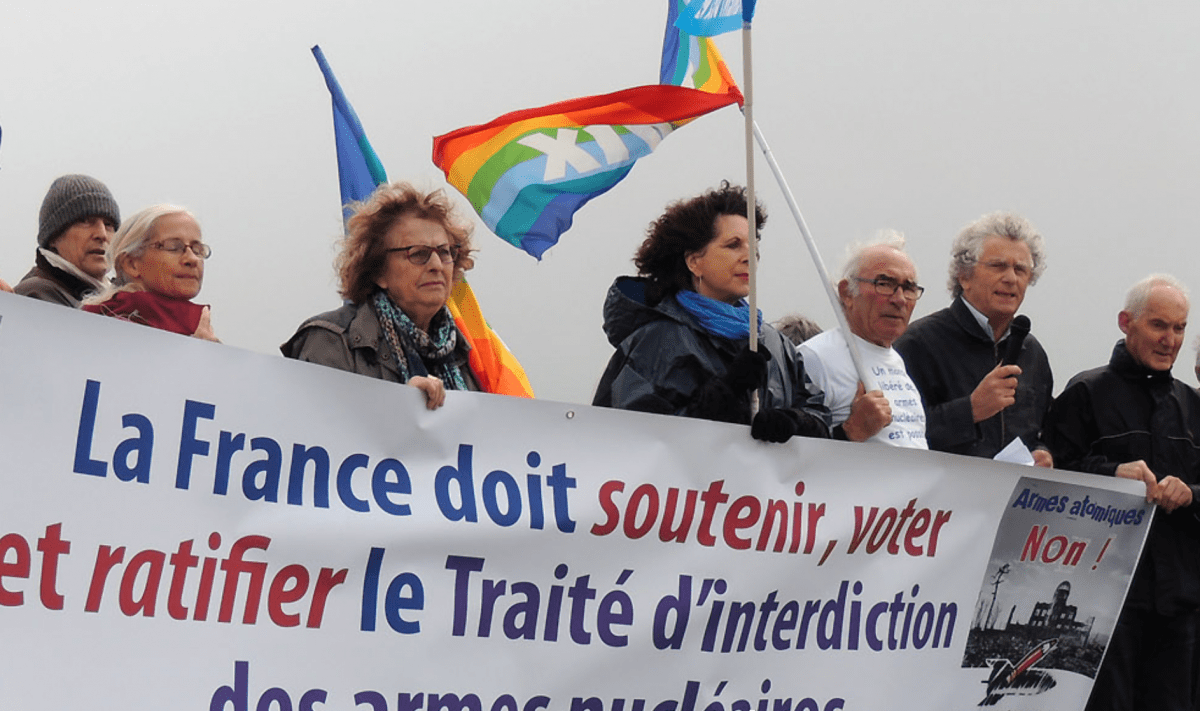 Russia’s aggression against Ukraine shows how the existence of nuclear weapons promotes wars instead of preventing them, as the ideologies linked to the so-called nuclear deterrence claim. On the other hand, the present situation and Russia’s repeated threats to use nuclear weapons show how nuclear weapons allow the nuclear powers to disregard respect for international law and oppose the construction of a world of common security and peace.

In this framework, and in the context of its participation in the next World Conference against A and H bombs in Hiroshima and Nagasaki between August 4 and 10, 2022, the Peace Movement joins the appeal launched by the organizing committee of this conference, a committee animated in particular by the associations of survivors of Hiroshima and Nagasaki (Hibakushas) and the victims of nuclear tests.

Le mouvement de la Paix is a non-governmental organization created in 1948 and approved as a “National Association for Youth and Popular Education”. A non-profit association under the 1901 law, the Mouvement de la Paix acts for disarmament, in particular nuclear, but also against the production and transfer of armaments, for the reduction of military budgets.

Even though the originally written in French, most of their last statements are available in English. You can find the the above excert in as a whole in the following link, together with other statements: