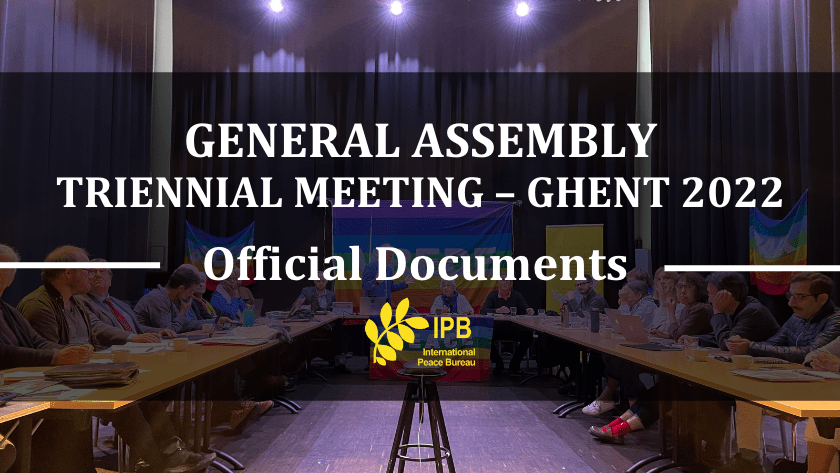 From the 14th to the 16th of October 2022 in the city of Ghent (Belgium), the International Peace Bureau (IPB) held its General Assembly. In our triennial meeting, we gathered many of our Board and Council members to discuss the past, present, and future of the organization’s plans and actions. A new Board and Council were elected and we even had the opportunity to award Mr. Hiroshi “Taka” Takakusaki his Seán MacBride Prize (watch the ceremony here).

As the discussions held in our General Assembly and Council meetings are public, we now come to present the documents that were drafted and produced throughout the three days of the event. They represent IPB’s current character and serve to establish and present our organization’s focus and plans.