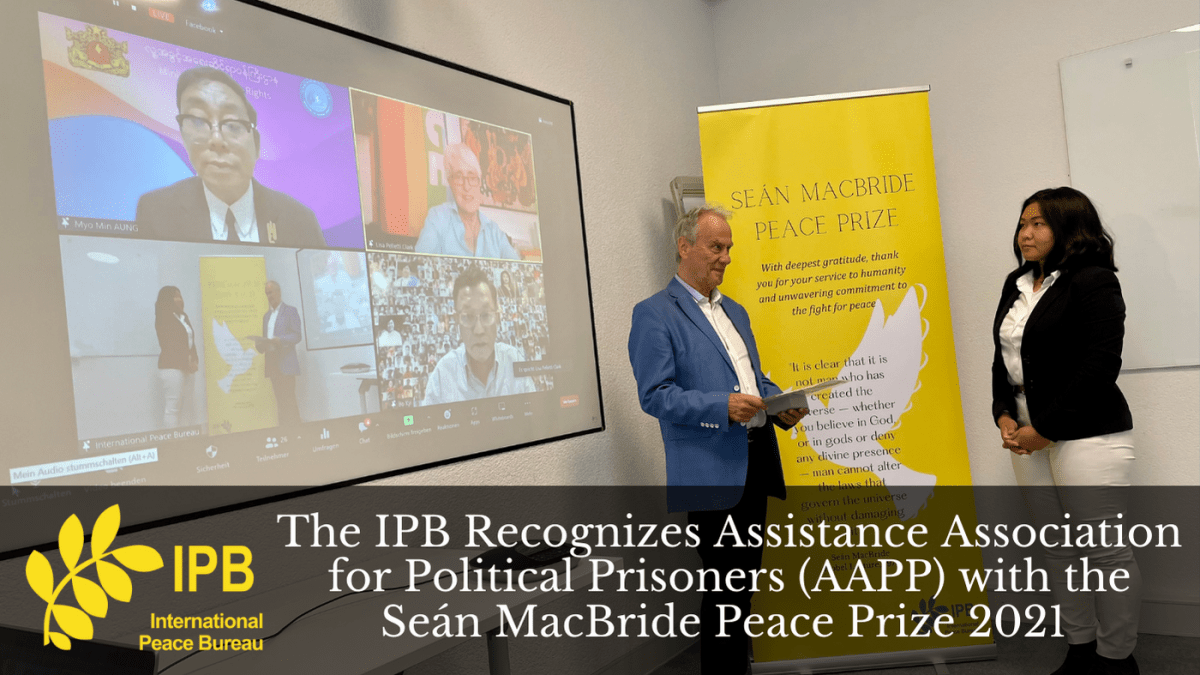 Since its founding in 2000, the Assistant Association for Political Prisoners (AAPP) has been a major advocate for the proper treatment and release of all political prisoners in Burma including researching and monitoring all ongoing trials, advocacy to international human rights mechanisms, and transitional justice research and training. Since 2013, it has also been providing reintegration and support programmes including counselling services to released prisoners and their families.

On February 1, 2021, the Myanmar people once again found themselves in the throes of another military coup, ending the country’s 10 year experiment with democracy. Beginning with arresting key figures of the democratically elected civilian government and stationing soldiers at major government buildings in Yangon and the capital, Nay Pyi Daw, the military leaders settled themselves in for what they hoped would be a smooth takeover. The Myanmar people on the other hand had no intention of quietly accepting this change and voiced their opposition to the dismantlement of their elected government with peaceful protests around the country. The military’s response to the protesters was not peaceful in kind with violent crackdowns erupting shortly after the protests began and which have continued at an alarming rate ever since.

With this massive turn in events, the AAPP immediately established a monitoring mechanism whereby it collects and documents information for each and every citizen killed as a result of coup related violence at the hands of the junta or has been arrested for exercising their right to protest against dictatorship. Indeed, Daw Thin Thin Aung, a Burmese activist and founder of Mizzima News Agency and Women League of Burma who appeared as a guest speaker at the IPB event “Military Coup in Myanmar/Burma and Ways Forward for Finding Peace and Democracy” held shortly after the coup, is among those arrested and imprisoned for peacefully speaking out against the junta. The courage with which AAPP has conducted itself in the face of threats and imminent danger as well as its diligence in ensuring that every life taken by military during the country’s struggle to return the power to the right hands is properly documented, is truly remarkable and showcases an unwavering dedication to peace and the Myanmar people. The International Peace Bureau is honoring AAPP’s work and commitment to human dignity by presenting them with the Seán MacBride Peace Prize for 2021.

Presentation of medal by Reiner, IPB Executive Director, accepted on behalf of AAPP by Nyien Chan May of the German Solidarity with Myanmar Democracy.

Closing remarks by Binalakshmi Nepram, IPB board member and recipient of the MacBride medal in 2010.

The MacBride medal are bespoke creations donated by the local Berlin jewelry maker, Quiet Quiet. The IPB is grateful for their support and contribution in helping to honor MacBride awardees.

You can watch the whole ceremony in our Youtube Channel: