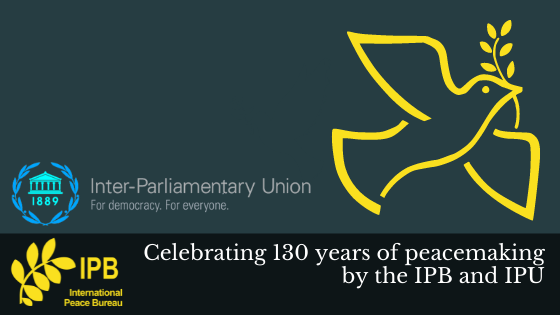 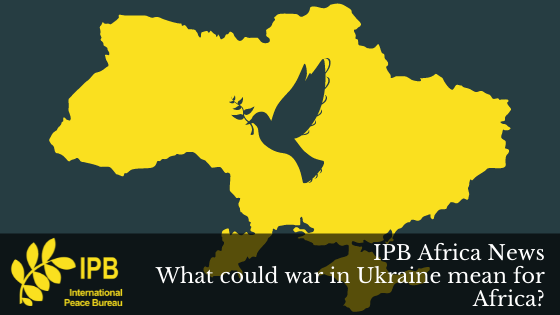 On March 14, the IPB African working group hosted its first event of 2022, ‘Russia invades Ukraine. War in Europe and what this could mean for Africa’. Featuring three panel members of Joseph Gerson, Reiner Braun and Baroness Dayon Ako-Adounvo, the discussion took a deep dive into where the situation stands and what this will mean for African nations economies, trade relations, and food security situations in the coming weeks and months. Baroness Dayon Ako-Adounvo was able to expertly speak to these scenarios. Her full speech can be viewed below and the full event recording can also be viewed at the bottom of this page.

Russia’s invasion of Ukraine’s Donbass region, which transformed into a war on February 24 2022. This has resulted in global economic and security concerns with severe consequences on the African continent. In this regard, there are economic opportunities for some oil-exporting countries in the region, especially in terms of natural gas and raw material exports with the sanctions implemented by the United States and European countries against Russia. On the other hand, countries whose industries and agriculture are heavily dependent on oil exports have the potential to enter an economic bottleneck because of the increase in oil and natural gas prices. The same is true for grain trade. The fact that Russia and Ukraine provide 25% of the world’s grain supply may indirectly lead the African continent, as one of its largest customers, into food insecurity.

Russia and Ukraine have major ties with Africa in:

Experts warned sternly as Russian missiles hit Ukraine that the impact of the war will reverberate across the continent of Africa. Over the past weeks, fuel prices in Ghana and other African countries have drastically increased. As of March 7th 2022, the price of gasoline in Ghana was 8.62 Ghanaian cedis (GHS) per liter, a 25 percent increase since January 3rd. Economists have cautioned that the war in Ukraine could further push oil prices up and increase inflation in Africa. Professor Abdul-Ganiyu Garba of the department of Economics – Ahmadu Bello University in Zaria said “the last time we had a windfall from oil prices related to war was in 1991, during the Gulf War. There is no doubt that this crisis will directly impact the price of crude oil. Africa, like most continents, will need to prepare for higher inflation as the increase in crude oil prices will increase inflation globally and lead to expensive imports. Most African countries have not recovered from the economic impact of the global COVID-19 pandemic, which resulted in the rise of commodity prices due to the disrupted global supply chain. It has been extremely difficult and unbearable for most people living in Africa and in the world at large.

With the outbreak of the Russia-Ukraine war, the U.S. and European countries imposed various sanctions against Russia, a country that supplies 40% of the European Union’s natural gas. Countries in the Middle East and Africa are emerging as strong alternatives for Europe as it attempts to diversify its natural gas supply and cut its dependency on Russia. At this point, among African countries, Algeria is a suitable alternative in terms of both its geopolitical position and its large reserves. Additionally, countries like Senegal (where 40 trillion cubic feet of Natural Gas was discovered between 2014 – 2017 with production expected to start later this year), Nigeria (an existing supplier Liquified Natural Gas (LNG) to several European countries) and Tanzania seem to be at an advantage with their natural gas capacity. In this sense, Nigeria, Niger and Algeria, which are on the Trans-Saharan Gas Pipeline route, cooperated in order to increase their natural gas exports to European markets and signed an agreement on Feb. 16. The deal includes a cost of $13 billion to renew the pipelines. Apart from this line, a total of 50 billion cubic meters (bcm) of Algerian natural gas is transported to Europe via the Maghreb-Europe Gas Pipeline and Trans-Mediterranean Natural Gas Pipeline.

However, the increase in natural gas and oil prices may result in additional cost for oil-importing African countries that depend on oil and natural gas in agricultural and industrial production.

The Russia-Ukraine War may negatively affect Africa in terms of agricultural production and food security, as both countries are important grain exporters to Africa. African countries imported about $4billion agricultural products from Russia, of which wheat accounted for 90% of these imports. Ukraine exported $2.9 billion worth of agricultural products to Africa in 2020, with wheat representing 48% of the products, and corn at 31%. Furthermore, these two countries have a total share of 26% (Russia 18%, Ukraine 8%) in world wheat exports. While Egypt ranks first in wheat imports, countries such as Libya, Sudan, Nigeria, Tanzania, Algeria, Kenya and South Africa also import wheat from Russia and Ukraine to a large extent. Currently, with the Russian intervention in Ukraine, corn prices have increased by 21%, wheat by 35% and soybeans by 20%, respectively. Nonetheless, in the Sahel region and West Africa alone, 26 million people do not have access to enough food. Therefore, the prolongation of the war and the disruption of agricultural trade can cause prices to rise significantly. The increase in bread prices, especially in Kenya and Sudan, has led to anti-government protests. Undoubtedly, this situation brings food security concerns to the forefront for Africa, which has experienced many food crises in the past.

The Russian mercenary Wagner Group operates in the Central African Republic, Libya, Mozambique and Mali. Apart from this, Russia has strong trade relations with African economies such as South Africa, Egypt, Nigeria and Sudan. In this context, Russia’s military and economic connections have limited member countries of the African Union from acting in unison against the Russia-Ukraine war. The union’s own legislation emphasizes the inviolability of borders and territorial integrity.

Over 16000 African students studying in Ukraine and Russia were stranded as a result of the war. African countries have evacuated some of these students, many of them remain trapped with limited food, water, and no safe shelter. This has been heartbreaking for families.

The Russia-Ukraine war, which broke out after Russia’s one-sided intervention, is geographically far from the region but still closely concerns the African continent. Many different issues such as food security, agricultural production and the inclusion of countries with natural gas reserves into the geopolitical equation due to the sanctions on Russia, are directly related to Africa. In this context, prolonging the war and continuing to sanction Russia will increase the prices of agricultural products and raw materials, which could expose the African continent into a food security crisis.