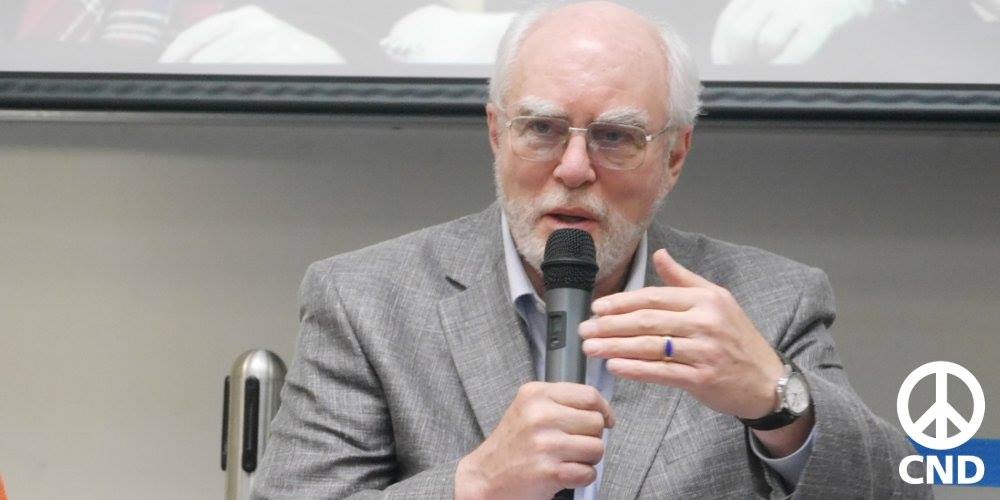 I want to thank Kate for the opportunity to join and learn from this year’s conference. In each of our countries, we have disastrous leaders in power. But, with its imperial power, its arsenals, and its disregard of the rule of law, and with a man described by his secretary of state as a “fucking moron” at the helm of power, Trump and his coterie are far and away the most dangerous. END_OF_DOCUMENT_TOKEN_TO_BE_REPLACED

I am ostensibly on vacation, but I am en route home after a quick trip to New York City where I chaired I side event at the U.N. on the impacts of the Ban Treaty. That is to say how our movements can build on the treaty whose text will be completed Friday. END_OF_DOCUMENT_TOKEN_TO_BE_REPLACED

The second week of the negotiations for a Treaty on the prohibition of nuclear weapons started with the publication on June 27th of the second draft of the Treaty (now called a “Treaty” and no more a “Convention”.) The 130 states in the room are now actively negotiating long hours in small or big committees in order to keep open the possibility to finalize a good text by June 7th. END_OF_DOCUMENT_TOKEN_TO_BE_REPLACED

After the successful session in March 2017 and the publication of the draft of the Convention to prohibit nuclear weapons by the Chair Ambassador Elayne Whyte from Costa Rica, the Second round of negotiations on a Convention started on June 15th.

The sprit of the 125+ participating countries is productive and dynamic and no major disagreements have been stopping the hard works of the participants from going forward. Nuclear weapons States possessors and their allies, the countries who rely on nuclear weapons in their security doctrines, have chosen to boycott the process, except the Netherlands. END_OF_DOCUMENT_TOKEN_TO_BE_REPLACED 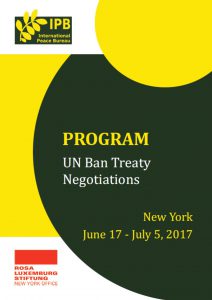 Meet the spirit and diversity of the IPB community! Must see – 200 photos of actions on military spending. 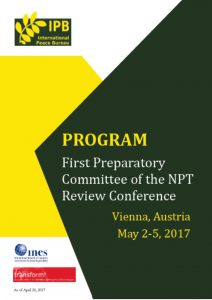 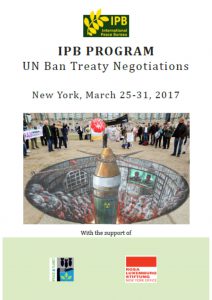