The IALANA (International Association of Lawyers Against Nuclear Arms) wants to draw attention to the second round of the discussions on a nuclear weapons ban treaty in New York. The aim is to have a letter signed by lawyers that stresses the importance of such ban and urges states to participate and sign the treaty. The letter can be found and signed https://www.ialana.info/lawyers-letter/

LAWYERS’ LETTER ON THE ABOLITION OF NUCLEAR WEAPONS

Nuclear arms are the only weapons of mass effect and destruction not yet prohibited by an international convention, even though they are the most destructive and indiscriminate weapons ever created.

People are capable of good-faith, law-guided, problem solving at all levels of society: family, neighborhood, national, international. Cooperative global systems have been devised for the protection of human rights, protection of the environment and prevention of climate change, prohibition of specific weapons, and more. These skills must now be applied to the next obvious step: the prohibition and elimination of nuclear weapons.

As lawyers we underline that the abolition of nuclear arms is required by an international legal obligation set forth in Article VI of the Nuclear Non-Proliferation Treaty and embedded in United Nations practice going back to the very first General Assembly resolution, in 1946. The International Court of Justice unanimously concluded in 1996 that “there exists an obligation to pursue in good faith and bring to a conclusion negotiations leading to nuclear disarmament in all its aspects under strict and effective international control.” That obligation is unconditional and universal.

We also emphasize that the use of nuclear weapons is presently incompatible with international humanitarian law regulating the conduct of warfare. Above all, due to their uncontrollable blast, heat, fire, and radiation effects, nuclear weapons cannot meet the requirement of distinguishing between the civilian population and combatants and between civilian objects and military objectives. Indeed, the catastrophic consequences of use of nuclear weapons vastly exceed the ordinary boundaries of armed conflict and adversely impact populations in neutral states, the natural environment necessary to sustain human life, and future generations. The use of nuclear weapons accordingly also violates international human rights law, most centrally the right to life. If a use of force is illegal under the UN Charter or humanitarian law, the threat to use such force is also illegal. However, the nuclear-armed states refuse to acknowledge these patent legal truths; hence the need to codify the illegality of use and threatened use of nuclear arms in a global prohibition.

The Emergency Committee of Atomic Scientists, including Albert Einstein, warned in 1947: “Through the release of atomic energy, our generation has brought into the world the most revolutionary force since prehistoric man’s discovery of fire. This basic power of the universe cannot be fitted into the outmoded concept of narrow nationalisms.” Yet today we face this incendiary combination once again.

Faced with the ongoing and intensifying planetary danger and no longer willing to accept a two-tier world, this year about 130 countries have joined together at the United Nations to negotiate a treaty to prohibit nuclear weapons, leading to their elimination. The nuclear-armed states and their closest allies have refused to participate. Nonetheless, the nuclear ban treaty effort constitutes an important affirmation of the norms against nuclear weapons.

We call on all nations to participate in the negotiations and to join the treaty once adopted. It will be a major step towards negotiation of a comprehensive agreement on the achievement and permanent maintenance of a world free of nuclear arms.

Read the impressions from Alimzhan Akhmetov (Director of the Center for International Security and Policy, Kazakhstan) of the second negotiation round on a nuclear weapons ban treaty.

We should give nuclear powers their due. They conducted a targeted work to reduce the number of States participating in the second session of the Conference to prohibit nuclear weapons, which started on June 15 in New York and will last three weeks, until July 7. […] Read the whole article here.

June 20 this year in New York a major discussion of the States parties to the Conference on the Prohibition of Nuclear Weapons, like the close attention of civil society, was brought about by Article 6 of the draft Convention. […] Read the whole article here.

Dance around the “transit“

During the negotiations on the draft Convention on the prohibition of nuclear weapons, an interesting discussion of the States unfolded around the provision prohibiting the transit of nuclear weapons. […] Read the whole article here.

A month passed, as the President of the Conference to negotiate a legally binding instrument to prohibit nuclear weapons, leading towards their total elimination, the Costa Rican Ambassador Elaine White presented the draft Convention on the prohibition of nuclear weapons […] Read the whole article here.

On Monday, 22nd of May, the Draft Convention on the Prohibition of Nuclear Weapons was publicly released by Ambassador Elayne Whyte Gomez, the president of the United Nations Conference to Negotiate a Legally Binding Instrument to Prohibit Nuclear Weapons, Leading Towards their Total Elimination.

IPB has managed to show the exhibition “Making Peace” throughout the world with great success.

You helped us in various ways to make this possible and we are deeply grateful for your assistance.

However, today we need to inform you that IPB has discontinued its partnership with Ashley Woods, since the conditions in our partnership agreement have not been fully respected. IPB is no longer connected to the Making Peace exhibition.

As you are a partner of this project, it is important to us to inform you of this sad, but inevitable, step we have had to take. It has not been easy for us to take this decision.

If you need more information, do not hesitate to contact us (by email or phone).

Letter to Partners of Making Peace

The world has entered a new and troubling era. Tensions and conflicts are increasing as are suspicions and competition between major powers. This, in turn, is leading to a new arms race and a greater use of force to defend national interests and expand spheres of influence.

Read the whole article at: http://mfa.gov.kz/index.php/en/last-news/8736-statement-by-the-republic-of-kazakhstan-on-the-occasion-of-2017-global-day-of-action-on-military-spending

In recent weeks, the people of the world have been treated to yet another display of the kind of nuclear insanity that has broken out periodically ever since 1945 and the dawn of the nuclear era.

October 19, 2016. The mass slaughter and war crimes we witness today in Syria merit the highest level of citizen engagement: they demand a worldwide commitment to achieving a ceasefire and opening a process to reach a political solution. The matter could not be more urgent.

In the wake of discussions at its Berlin congress (early October), IPB proposes the following 6 elements of a peace plan. It is not an exhaustive strategy, but it does offer an orientation for international civil society action in the coming weeks and months, especially for those of us in Western countries … END_OF_DOCUMENT_TOKEN_TO_BE_REPLACED 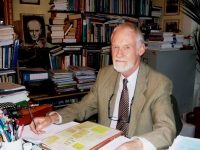 October 21, 2016. The Board of the International Peace Bureau is pleased to announce that the Sean MacBride Peace Prize will be awarded this year to our own Secretary-General Colin Archer, who since 1990 has served the organization with outstanding commitment and competence. Colin Archer, who will retire next year and return home from Geneva to the UK, has spared no efforts over the last 26 years in the service of peace and of the IPB community in particular…

Read the full announcement here and if you want to know more about the MacBride Peace Prize and its connection to IPB, follow this link.

IPB Vice-President Joseph Gerson (USA) made a wide-ranging speech to introduce the conference-in-the-congress on nuclear disarmament at IPB’s Berlin gathering. He began:

“Friends, let me begin by naming the urgency of this moment of danger and opportunity. With the renewed nuclear arms races, the growing tensions between the great powers and between India and Pakistan, and the dangers of accident or miscalculation triggering nuclear war, former U.S. Secretary of Defense Perry and others are warning that “the danger of some sort of nuclear catastrophe is greater than it was during the Cold War.

UN Day on 24 October marks the anniversary of the entry into force in 1945 of the UN Charter. With the ratification of this founding document by the majority of its signatories, including the five permanent members of the Security Council, the United Nations officially came into being. As the official UN Day, 24 of October is a perfect occasion for peace manifestations and celebrations. The Peace Union of Finland, a long time IPB member organisation, will use this UN-day to support efforts towards peace in Syria. END_OF_DOCUMENT_TOKEN_TO_BE_REPLACED