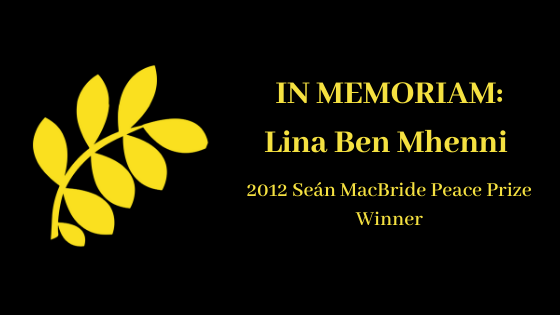 The world lost a strong and courageous fighter for peace – Lina Ben Mhenni died on the 27th of January 2020. She passed after complications related to a stroke at the young age of 36. IPB is deeply saddened by this loss.

Lina Ben Mhenni was internationally recognised for her work during the 2011 Tunisian revolution, and was awarded the Seán MacBride Peace Prize in 2012.

She continued to take action for peace. Along with her father, she started an initiative to create libraries in prisons to promote culture and counter terrorism. In her final months, she denounced the state of hospitals in the Tunisian capital.

We will never forget Lina! We will continue working intensively for peace without her, but in her spirit.