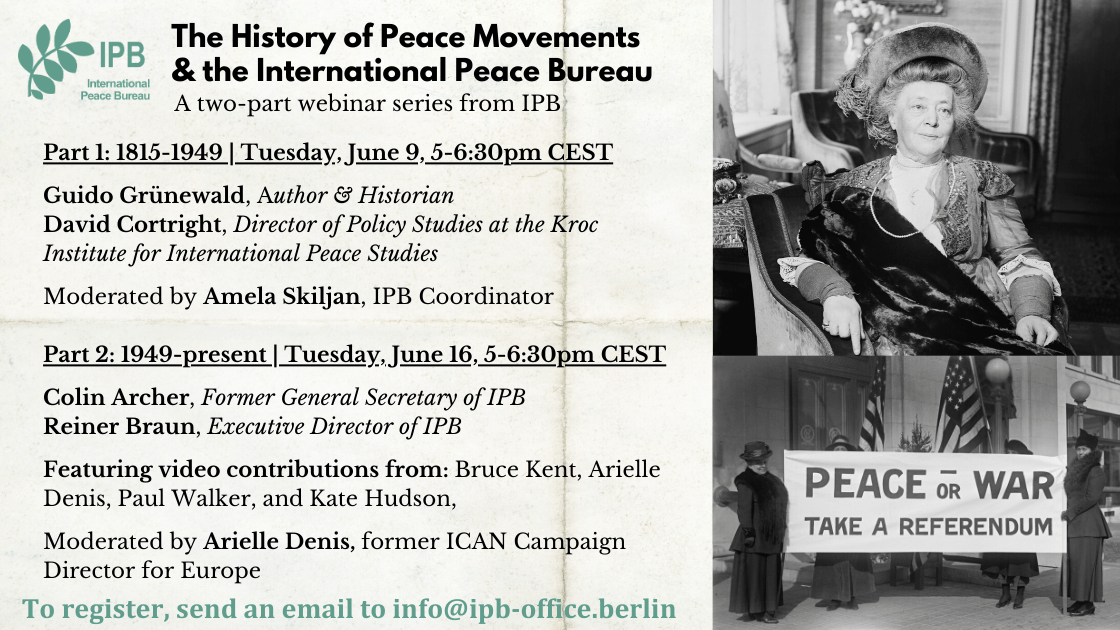 In the first session, speakers Guido Grünewald and David Cortright discussed the peace movement of the 19th century and early 20th century, leading up to the First World War. Special attention was given to the role of the IPB prior to, during, and upon the conclusion of World War I. The presentation then turned to the interwar period, the Second World War, and the years immediately following the war.

In the second session, Colin Archer and Reiner Braun outlined the developments in the peace movement during the Cold War period with video contributions from activists who were involved in protests in the 1970s, 80s, and 90s in different countries. The webinar continued with the post-Cold War adaptation of the peace movement and present the modern context in which peace movements operate.

Both webinars presented opportunities for questions and comments from the participants.