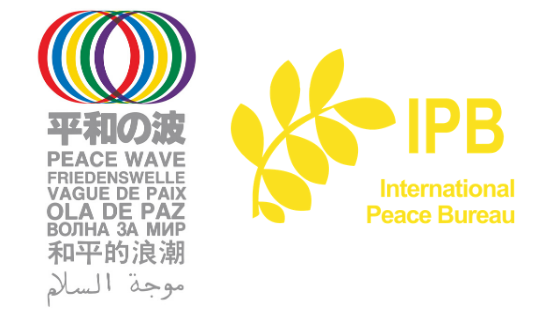 The Organizing Committee of the World Conference against A and H Bombs met on May 8 in full session and proposed that on August 6 through 9 of this 75th year of the A-bomb tragedies it launches an international joint grassroots action “Peace Wave” with the common aim of the elimination of nuclear weapons and with the signature campaign for the “Appeal of the Hibakusha for the Elimination of Nuclear Weapons” (petition enclosed) as our common action.

By origin, the “Peace Wave” was jointly proposed by the delegates of the then Soviet and US peace movements at the 1987 World Conference against A and H Bombs, as an international joint action making the signature drive in support of the “Appeal from Hiroshima and Nagasaki”, which called for a total ban and the elimination of nuclear weapons, a common action and the elimination of nuclear weapons as common goal. Coupled with the unique idea of the waves of action encircling the globe at the fixed time, the first Peace Wave enjoyed extensive support worldwide and took place at noon of Oct. 24, the first day of the 10th UN Disarmament Week in 1987, moving from the international date line westward through 50 countries of the five continents and Pacific islands. The “Peace Wave” was altogether held five times until 1991, and played an unparalleled role in making the elimination of nuclear weapons a common demand of the anti-nuclear peace movements worldwide, bringing it onto the agenda of the international politics.

The Peace Wave campaign we are now launching will bring the global trend for a nuclear weapon-free world onto a new stage. Given the world facing wars and conflicts, Covid-19 pandemic, climate change, economic gap, poverty and many other critical problems, it is urgently called for to overcome the divisions and confrontations caused by “My Country First” particularism, and to stop conflicts, abolish nuclear weapons and ensure that the cooperation and solidarity will prevail. Let us make the “Peace Wave” a tremendous campaign by which the anti-nuclear movements, in cooperation with all other movements demanding the cut in military expenditures, protection of human lives, livings and jobs, gender equality and other vital needs, will take the lead in establishing a nuclear weapon-free, peaceful and just world.

The Peace Wave can be taken up by anyone in any form — from a lone action at home to big demonstrations with tens of thousands of people, including virtual, social network-based events or in-person meetings or marches suited for respective conditions at different places. You can prepare and join any activity at any country under any circumstances, making full use of your imagination, creativity and solidarity. The key to success is your willingness and actions.